Should We Really Be Eating Insects? 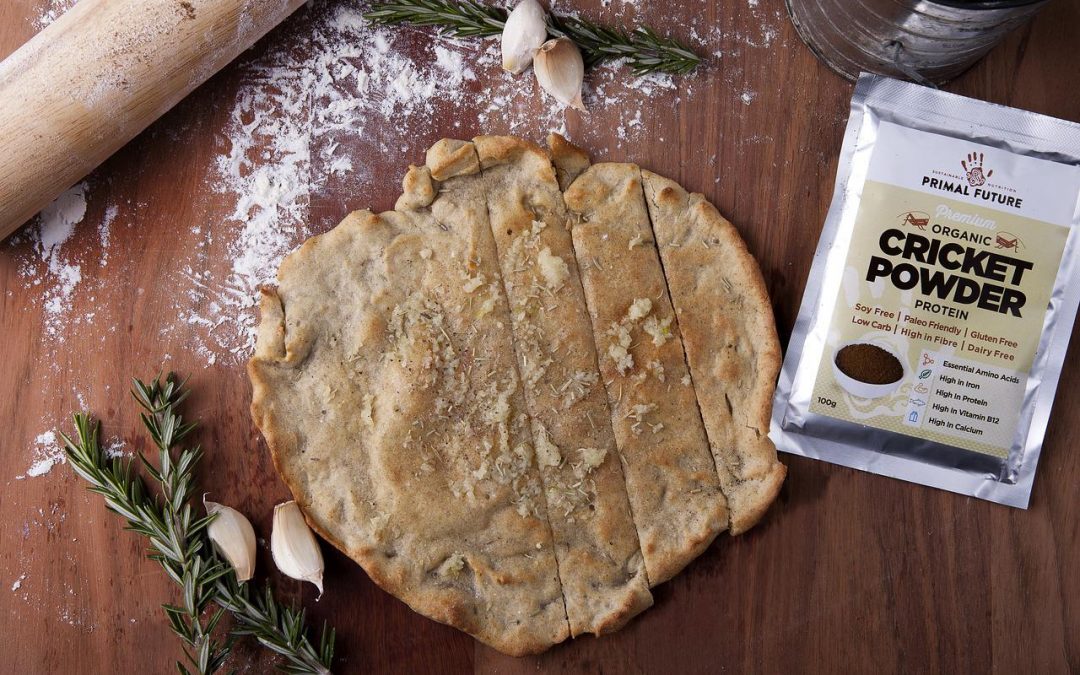 Image by Primal Future from Pixabay

In 1826 the French author Anthelme Brillat-Savarin said, “Tell me what you eat and I will tell you what your are.” From this came the saying “You are what you eat.” This is a foundational principle of modern nutritional therapy and the good common sense of eating nutritious food in order to be fit and healthy.

Our diet does very much depend on culture, heritage and food availability in the areas we live, but over the last hundred years or so our Western diet has broadly settled on ‘meat and potatoes’ with a growing interest in organic fruit and vegetables to boost our health and wellbeing.

This type of ‘balanced diet’ largely seems to serve our average nutritional needs and, given the exception of fast-food convenience and our addiction to food-colourings, we have become conditioned and comfortable with this type of diet. In fact most of us have known little else and have not had to live through the severe droughts and mass starvation that have wrecked large parts of the Third World since the end of the Second World War.

In some of those countries in times of extreme crisis people have resorted to eating grasshoppers, rats, scorpions, spiders and crickets, none of which any of us would readily consider for lunch or dinner in our ‘privileged’ lives.

Yet it does look as if we are about to enter our own time of ‘extreme crisis,’ and there is talk about dramatic food shortages due to supply chain issues, fertilizer restrictions, weather- induced crop failure and the reduction in overall crop acreages. Consequently we might actually be getting to the point where there won’t be enough food to go around, or, more likely, it will no longer be affordable.

The question is what happens then?

The leaders of the World Economic Forum have suggested that crickets might be a good, high- protein option, and, of course, the media has embraced the idea. They have flooded both the mainstream channels and social media with every positive aspect they can on the topic to convince us that it might be not just a good idea, but, according to the likes of Angelina Jolie and Nicole Kidman it is a very trendy and fashionable one.

According to a 2017 interview in EWFood Jolie is quoted as saying, “You start with crickets. Crickets and a beer, and then you kind of move up to tarantulas.” While Evie Magazine in a July 2022 feature on Kidman’s paid bug-eating stunt notes that “There’s been a strange push lately to get people to eat more bugs. Bill Gates has talked about it many times on social media, and many news outlets have attempted to convince people that it’s completely normal to munch on crickets.” This recently led to Nicole Kidman eating a 4-course meal of bugs on camera in an attempt to normalize eating insects. Evie concludes that “while it’s hard not to love Nicole’s acting, it’s even harder to believe that she enjoyed that four-course meal of insects.”

According to Andrew Bieszad in his Shoebat.com post ‘Eating Bugs Is Being Pushed For The Future,’ “This ‘trend’ of eating insects is being forced, from what everything seems, as a part of a philosophical-political agenda. There is no need to eat insects. People don’t’ need to feast on worms. Rather, like Soylent Green, it is about a philosophy and power game. The same can be said about the so-called “plant based foods”. Those have been around for decades – the new “food” is not about something new, but about power. We are entering into an interesting era of human history, something told about by science fiction writers and what few believed and even fewer realized could happen. Science fiction is becoming reality…”

So where is this all going to end up and are we – you and I – really going to have to start eating insects just to stay alive? Will things really get that bad (or that good according to Jolie, Kidman and the growing chorus of mega-rich celebrity advocates)?

It appears so and several start-up ‘cricket farms’ are rumoured to have been established across Canada in preparation for this inevitability. But is it really a good idea and what are the health and safety concerns?

According to New Realities in their October 2021 article ‘Is eating insects safe? The hidden dangers of insect consumption,’ “Insects, like any living creature… attract bacteria and fungi. These bacteria and fungi release mycotoxins into the insects and often into whatever eats them.” In this case that would be you and I.

They go on to explain, “While many cultures around the world have adapted over many years to eat insects… does this justify the creation of a new food industrial complex, without proper research of the sudden entry of insects into the human food chain at large, especially for contemporary populations who haven’t adapted their diet over generations in this way? Zoonotic diseases are nothing new, and given the relative unpredictability of zoonotic disease events, they have every potential to create a new pandemic.”

Oh great… another pandemic. Just what we need…

So, while crickets might seem, at least according to the first ten pages of any Google search on the topic, to be a high-protein, low-calorie wonder food, any serious consideration for regular ‘non-emergency’ consumption appears to be full of dangers. These unknowns include new cross-species viruses, mycotoxin outbreaks, fungal poisoning and of course the dark unspoken implications of ‘you are what you eat!!’

In our Canada Health Alliance National Assembly call last week we interviewed Sherry Strong, an internationally renown nutritional therapist. During the discussion we touched on this issue of bug-eating. Her view was unequivocal; “Don’t eat crickets! Our digestive system is not designed for them and they are full of bacteria.”

This point about being adapted to eat or not eat certain things is an important one. It would take several hundred years, if not thousands of years to adapt our digestive systems to changes in our diet such as the sustained and high volume introduction of insects and bugs. To be successful this would need to be done with tiny incremental changes over scores of consecutive generations. It can’t be done quickly. Mmmmm unless perhaps the intention is to actually cause harm…?

Just because Klaus Schwab, the multi-millionaire Chairman of the WEF, thinks bug-eating is a good idea for us ‘useless eaters,’ it doesn’t mean that I will embrace the idea.

In fact, anything that Klaus, Bill or any of their giggling cohorts suggest, I think we should do the exact opposite. That means allowing our farmers to be given the freedom to actually provide enough good, wholesome and healthy food for all of us, just as they have always been able to do in the past. That is, before we allowed politics to interfere with their productivity.

Forcing people to eat bugs is dangerous, demeaning and is designed to break the human spirit.

No matter how they are hyped up, marinated or presented on a haute cuisine china plater, they will not be on the menu in the new world we, at Canada Health Alliance, are envisaging.

To find out more about this check out these sources and the growing number of articles on the subject in our Canada Health Alliance library:

More About the Author

Alan Brough is the Executive Director of Canada Health Alliance. His has had an international career in marketing and advertising and worked for the last decade in the Canadian banking sector. In his spare time Alan writes. Many of his articles are posted on his blog at www.alanbrough.com and his latest book ‘Jack Malloch Legend of the African Skies’ was a finalist in the international Book Awards in 2021.